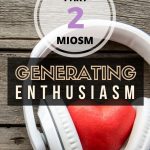 I grew up on cassette tapes.  My mom and dad played tons of different types of music as I was growing up, so I listened to pretty much everything except heavy metal.  However, I was not really into what was popular at the time.  I remember not knowing who Michael Jackson and Madonna were, let alone New Kids on the Block (who to this day I’ve never listened to).

My first CD was Glenn Miller.  It wasn’t even a CD of real Glenn Miller recordings, but a later album made by the orchestra decades after his death.

I still can’t believe I didn’t wear it out.  I am a walking encyclopedia of Glenn Miller trivia.  When I had neighbors move to Chattanooga, I about lost it trying to explain to them the epicness of Chattanooga Choo Choo in the movie Sun Valley Serenade.  When they moved, I found out, is actually stamped into the bricks in Chattanooga!  It’s on my bucketlist!
If you haven’t seen the movie, watch the clip below! Not only does it feature the band, but the Nicholas Brothers in all their glory.  I always show them to my kids.

Not only was I a huge Glenn Miller fan, but I even named my saxophone for one of his saxophonists – Tex Beneke because Tex played tenor and sang with the band sometimes, and I played tenor, and sang.
This year, I was teaching my kids about Duke Ellington, and had a few minutes at the end of class so I decided to show them a video of some great African American dancers who made music with their feet.  After showing the video of the Nicholas Brothers (the video from Orchestra Wives – yes, more Glenn Miller), I had a 5th grader comment about how they must have been rich.  The 5th grade teacher had come in mid-video, and the two of us enjoyed the teachable moment about how so many African Americans in show business were treated/paid/slighted, and treated differently.

So this huge fuss I’m making about Glenn Miller. Why is he important?

Because for me, when my 80 year band director introduced me to his music in jazz band, Glenn became one of the driving forces in my transition from kid who took band to crazy enthusiastic band student.
It is all important because you don’t know who is going to be the person that inspires a kid. This is why I refuse to teach the same composers every year, or not talk about just the guys who lived 200 years ago and wrote for orchestras (NOT that I ignore them, and don’t love them!) But most kids in 1994 were not aware of who Glenn Miller was, let alone came home from school and listened to the same CD every day on repeat.  I didn’t know who Michael Jackson was, who Madonna was, and I couldn’t have named you any of the boys in NKOTB. Most of the music my parents listened to was still kid friendly.  But I knew every lyric on my 3 cassette pack of Glenn Miller recordings.
If I had not been exposed to so many different types of music, I’m not sure if I would have been such an enthusiastic band kid, and maybe would have gone in another direction.  For this reason, I think it’s so important to expose your students to so much music as possible.

How can you expose your students to new music on such tight time?