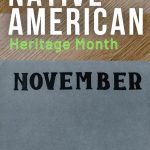 The month of November is Native American Heritage Month. It’s so important to make sure that what we share with students is authentic, appropriate and open to non-tribal members.

There are some great resources out there to help those of us who are not indigenous navigate teaching our students, but you may not know them yet.

So I made this resource for you on Native American music for kids to use in your music class right now.

Native American music for kids must be authentic and sensitive to the culture of the tribes the songs are from. The best resources come from the tribes around the United States.

Present music from a specific tribe, not lumped together. If you don’t know what specific tribe a song or folk legend comes from, make sure you tell the kids that and not label it as generic.

Reach out to local tribes. They can help with resources, telling you what is appropriate for non-tribal members to perform/teach, and education on their specific tribe.

There may be specific places that can help you learn more about the tribe.

When I was in college I worked at Soaring Eagle Casino and Resort in Mt. Pleasant, MI. As part of my hiring process, The Saginaw Chippewa Indian Tribe of Michigan requires employees to visit their cultural center and museum located across the street from the Casino.

If an exhibit, museum or other educational resources exist for your local tribe(s), I highly recommend a trip. This was a very enlightening experience. The Cultural Center can be found here: http://www.sagchip.org/ziibiwing/

NOTE: Since I have referenced CMU and I know the team name comes under fire some times, I want to point out that Central Michigan University and The Saginaw Chippewa Indian Tribe of Michigan have a good working relationship.

The tribe continues to support CMU’s use of Chippewa as the school team name. They also partner in educational endeavors at a benefit to both organizations.

Make sure you have permission. Some music is not allowed to be performed by non-tribal members.

Look for or invite culture bearers to your classroom.

Michelle McCauley, a member of the Pyramid Lake Paiute Tribe, is a music educator who works to educate.

Check out this article she wrote from Decolonizing the Music Room for more information about teaching Native American works and music.

Check your visuals for authenticity. If you cannot be authentic, it’s better to skip them.

Getting Started With Native American Music For Your Classroom

A few Indigenous Musicians to Check Out

Connecting To Native American Culture In Your Area

If you text (907)312- 5085 with a city and state or zip, they will tell you who’s land you are on. This is a great way to find out what tribal groups were located where your school is and that may help you determine where to start.

I hope that this information on Native American music for kids has been helpful.