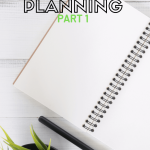 As we end the year, not ONE of us is thinking of planning for next year. I know and I’m super behind that. Instead of giving you something to work on RIGHTNOW, I thought that this week I’d take a look at things we can think about as we end the year, get into summer mode and don’t have to rush to do. How can we revamp from all we’ve done differently this year? What sort of things do we want to look at for next?

I know this sounds like purging, and that’s exactly what this is but it’s not physical items. As you do lessons throughout the year, you know as well as I do that some are WAY more successful than you anticipate and others fall flat despite our best efforts. As you start thinking back on lessons, which ones were NOT worth the effort?

2. What are you missing?

Music ed is evolving, changing and there is always something new. A new cool app, a newly learned folk song, something you want to implement from an amazing workshop on hip hop in the music room.

I’m totally guilty of learning a dance at a conference and bringing it back for three grade levels with no idea of what concept to teach with the dance and how to sequence the dance concepts….yeah. While this is a terrible idea for the way I teach, it CAN give us a great idea for planning.

Do you follow a ‘methodology’ but like to dabble outside of it? Or work with multiple? Or incorporate lots that doesn’t follow some methodology? Prioritize, look at what you are doing and how much fits into one of those? If you’ve wanted to include more of one, set a goal to include it ever so many lessons or as part of a specific

I hope this is helpful and look for part 2 soon!