So the idea of teaching movement right now seems so bizarre. We can’t touch each other or get close so what are the things we can adapt?
Here’s a huge list of great ideas to incorporate movement whether your kids are at home or in person but socially distanced. 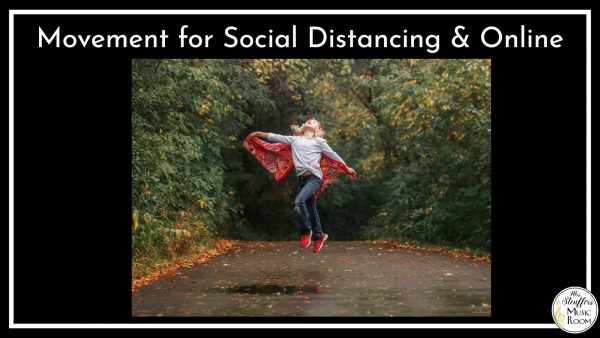 There are some great folk dances that can be adapted for one person. Dances that work for adapting include:
– A partner that they walk around.
– No sashaying in long ways set.
– Circle formations
– Single line formations
– No split the banana/strip the willow/cast off situation
– Focus on footwork

Here are some great folk dances to adapt:

La Raspa: Your partner is your chair

7 Jumps: Go around your chair

Kolos
I’m part Croatian and learned a lot of Kolos for performance and for post-performance parties growing up. The best part of adapting these is that they are line dances that focus on footwork. Usually a line of people holding hands snake across a dance floor or wherever they may desire (sometimes through tables) and all do the same footwork. Ends usually put their hands behind their backs (although variations exist depending on where you live. Detroit Croatians are a bit different from Pittsburgh Croatians where there are a lot more and Duquesne University is located. *They have an internationally known folk ensemble called the the Tamburitzans that tours while featuring Eastern European dance and music. Definitely check them out if you’ve never heard of them. It’s a treasure trove! Incidentally, the hora (Balkans), kolo (former Yugoslavian areas), and horo (Bulgarian) dances are related but varied across the area. Just like the variations in dances between Detroit and Pittsburgh (and other Croatian folk ensembles I’ve encountered).

Anyway. This kolo is a favorite of mine and easily adaptable and the kids will love the slow fast element! It’s called Ersko Kolo and it’s from Serbia. It is also a children’s dance so it’s great for kids. Download a free PDF with the steps and links for music here. There are two variations of the dance included.

Also, if you’re interested, this YouTube video shows you the music. Definitely applicable in other places besides dancing!

One more, the Kalamatiano which is a Greek dance.

If your kids really need or want a partner to dance with, suggest a favorite toy or stuffed animal.

Other Kinds of Dances

What about all those “wedding dances” that kids might need to know for social occasions. Those are just as important because the social aspect of dancing is a important part of dancing. So why not incorporate those into your class. Dances here include:

This is one of the things everyone loves but I still feel like it’s underutilized.

The two dudes I think of when I think of movement videos for kids are John & John – Feierabend and Jacboson that is. The Feierabend Move It’s are great and easy to do but are not available online. However, creating one to a piece of music would be fairly simple and fun. The kids can easily apply movements they know to make their own.

As far as John Jacobson, he has bunches of videos available thanks to YouTube. Check out these two channels for lots of dance ideas!

Jump Rope Rhymes – if you can’t jump, teach the rhyme with a beat pattern for jumping. Have them try it later (with or without the rope).

Silly Songs: These are great for plain old getting wiggles out! Some favorites are:

Locomotor Movement – pick an action verb and move to a song such as march, stomp, twirl, jump, hop, skip, slide, shuffle, moonwalk, or any movement that has forward/backward motion.

These cards are great for movement with scarves or ribbons. There are two different sets included: projectable and black & white printable with both shapes and words to help your kids create with scarves/ribbons/tshirts….Check them out here. 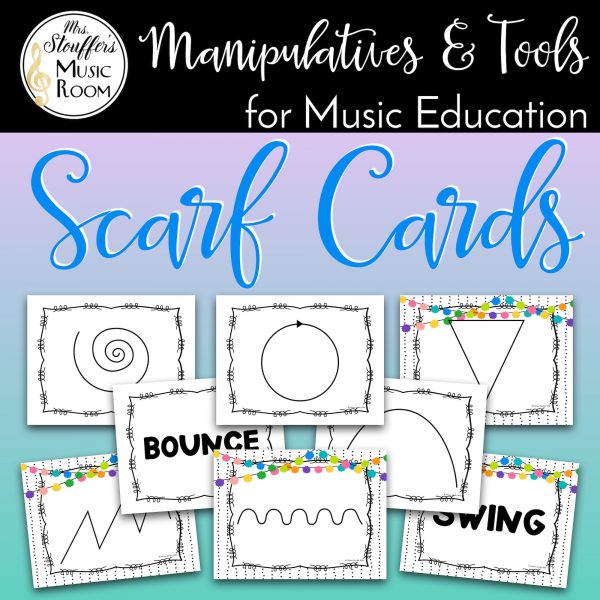 I hope this has been helpful and given you some great ideas for movement that can be done right now with your kids.

This site uses cookies to store information on your computer. Some are essential to make our site work. Others help us improve your user experience or to allow us to track behavior and user patterns. By using the site you agree to these terms. View the terms here.